Let's flood our lives with a positive message on #UnityDay, to prevent bullying

Today we're giving you pumpkin to talk about on #NationalPumpkinDay

Creativity is contagious. Pass it on this #InternationalArtistsDay

Each one of us can make a difference. Together we can make change. How will you step up on #MakeaDifferenceDay?

How to fix your video chat | E-Neighborhood Advisor

Sweater weather has begun. What are you doing for #FallFun?

Now more than ever local businesses could use some TLC. Shine some light on your community today.

The internet is full of Sloth memes, and for good reason. We're adding to the fun on #InternationalSlothDay

We all could use a second to take stock of our life. We hope to inspire you to do the same on #EvaluateYourLifeDay

Its the Weekend! - Capell Flooring and Interiors October 2020

It's time for a little break from the weekly grind. Enjoy the weekend!

International Day for the Eradication of Poverty - Capell Flooring and I...

International Day for the Eradication of Poverty

What can you do to feed the world? Let's find out.

We're just sharing some fun facts this fine Friday. Have any fun facts of your own? Comment them below!

If this wasn't an international holiday before it sure seems like one we can all celebrate in 2020. Stay healthy on #GlobalHandwashingDay

Success is not final and failure is not fatal. Showcase your true ups and downs on #NationalFailureDay

Whether you're yay or nay on #ColumbusDay, at least we get a day off.

Thank You to Our Customers! - Capell Flooring and Interiors 2020

Today we're giving our customers a heart-felt thanks for sticking with us during these uncertain times.

Caring for the mind is as crucial as caring for the body. We're putting a spotlight on #WorldMentalHealthDay and trying to help decrease the stigma.

Outer beauty attracts, but inner beauty captivates. Show some love to the stunning souls in your life on #InnerBeautyDay

Just noodling around with some jokes on this silly holiday.

If 2020 doesn't show us the value of teachers, what will? Give teachers the much deserved praise they deserve on #WorldTeacherDay

A balanced diet is a taco in each hand. Do you agree? Comment below for #NationalTacoDay

Shoutout to the techies on their special day!

Why does Nylon carpet cost more than Poly? Capell Flooring and Interiors


Hi, this is Matt Capell with Capell Flooring and Interiors here in Meridian, Idaho. So I have a quick FAQ that I wanted to go over with you today. Basically, we get asked all the time, "So why does nylon carpet cost more than polyester carpet?"

And that question is actually a really easy one. It basically boils down to the fact that nylon is made out of….or the key ingredient is petroleum, which is gasoline. So over the last 20 years as gasoline prices have gone up, the cost of nylon and to make that as gone up as well.

So if you're looking at carpets that kind of feel the same, look the same, have the same face weight, same thickness, the same feel, the nylon is going to cost quite a bit more. And that's just due to the fact of why it's made out of. So hopefully that helps. If have any questions, please just comment below and I'll try to answer those for you. Thanks. Have a wonderful day.

If you haven’t already please stop by our store to pick up a copy of my book, “The Consumer’s Guide to Flooring, or you can go here to download a digital FREE copy today at https://consumersguidetoflooring.com

We are a full servicing flooring retailer in the Boise, Idaho area. We sell all types of flooring, counters, carpet, tile, hardwood, vinyl, laminate wood, luxury vinyl, and etc. We do remodel, new construction, and tenant improvement commercial work. We love what we do and it shows in our work. We love being social and please join us on our networks online.

Each memory has a soundtrack of it's own. Today we ask you to share their 2020 anthem for #InternationalMusicDay. 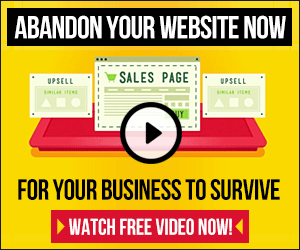 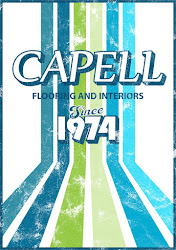